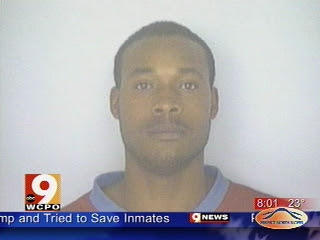 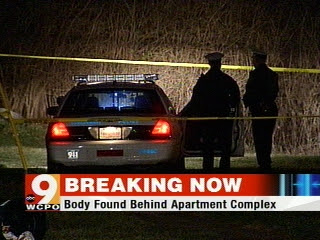 Christopher Boyd, This is the 6th homicide victim of 2007.
Hearing this story for the first time this evening, I had to wonder " Will the madness ever end?"
It seems like every other day some black person in the city of Cincinnati is the victim of a crime which often results in a murder.
It would make anybody with some basic common sense think not to go around fucking with people who aren't fucking with you. Not saying at all that this was the case with Christopher Boyd's murder, but I know it is the case with another crazed nutcase whose been threatening to kill folks and actually acted on that sick vicious bloodlust this past October. By the grace and mercy of the Creator Most High, that crazed bloodthirsty beast failed in her mission.

However, we know quite alot of innocent people get killed it's just the world we living in today. It's just a very tragic fact of life.

Re-printed here is part of the story being ran on the internet regarding Mr. Boyd's murder. Very very sad.

The victim is Christopher Boyd, 26 of Cincinnati. He was shot twice in the head, police said. Police found Boyd's body at 6:16 pm Saturday in a wooded area behind the Fay Apartments near 2409 Sunnyhill Drive.

Boyd was lying face down on a path between Kremer Avenue to Sunnyhill Drive.

This is the sixth homicide this year.


This story is yet another in along line of stories showcasing the out-of-control murder rate we have here in the City of Cincinnati. And quite frankly I'm sick & tired of reading and hearing about my black people being victims! Victims of crime, victims of murder, victims of the white-controlled oppressive system...just plain old victims period.

Dammnit Black People We Were Borns To Be Kings & Queens!!!...Not Victims!!!