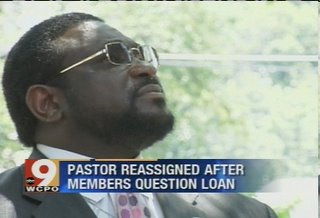 UPDATE: Our dear beloved brother, Mr. Nate Livingston Jr., will be doing some live blogging from the NAACP meeting tonight. I believe our brother is a member in good standing so this should be very interesting. To read his live blogging reports go www.blackcincinnati.blogspot.com END OF UPDATE

There is a scheduled meeting of the NAACP at the Thomas A. Moore building tonight on Montgomery Rd. in Evanston at 7pm.

We're told A. Victor Brown will be in attendance along with NAACP president Edith Thrower. There is still alot of controversy surrounding who won the Cincinnati branch of the NAACP presidential elections a few weeks ago. The decision/votes between current president Edith Thrower and former Cincinnati City Councilman Christopher Smitherman is still up in the air and will most likely decided in court.

It is encouraged that all members in good standing with the NAACP attend the meeting tonight.
After the meeting, we'd like to hear from those who attended and get your comments, concerns, opinions and thoughts about what's going on within the NAACP.

And the big question, "Who would you like to see as president of your local chapter of the NAACP?" Current president Edith Thrower or Christopher Smitherman?

Edith Thrower has said in the media, "I am still the president of the NAACP." Christopher Smitherman has already, we are told, crowned himself, King of the NAACP.

What do you think? We await your comments.

THE GODFATHER IS GONE... 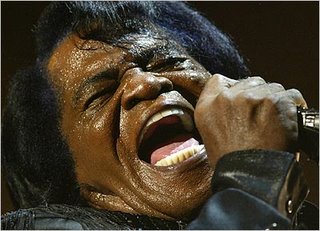 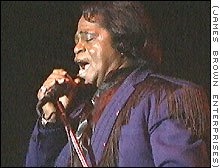 Wow...what a way to start the day in hearing the news that The Godfather of Soul James Brown had passed away early this morning. Here's part of the story I retrieved from www.cnn.com check it out:

James Brown, "The Godfather of Soul", whose rasping vocals and revolutionary rhythms made him a founder of rap, funk and disco died early today, his agent said.
He was 73.

Brown was hospitalized in Atlanta with pneumonia on Sunday his agent said. Brown's family was being notified of his death and the cause was still uncertain. "We really don't know what he died of" said his agent Frank Copsidas.

Brown was known as "The Hardest Working Man in Show Business". His career spanned 50 years. "James presented obviously the best grooves," rapper Chuck D of Public Enemy told the Associated Press. "To this day, there has been no one near as funky. No one's coming close."

He was one of the initial artist inducted into the Rock and Roll Hall of Fame in 1986 along with Chuck Berry, Elvis Presley and other founding fathers.

James Brown leaves his fourth wife, Tomi Raye Hynie, one of his background singers. The couple had a son, James Jr.

This brother Man was the real deal and he will be sorely missed. One of my favorite songs is "Say It Loud -- I'm Black and I'm Proud"....I think I'll go play it right now.

THE MAN: SOUL BROTHER #1 THE GODFATHER OF SOUL JAMES BROWN DEAD AT 73. 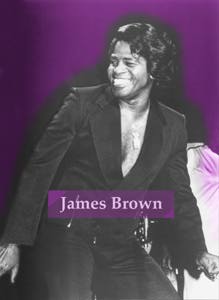 Finally! Someone on Capitol Hill with some guts!
This comes from the AP Wire.

In what was likely her final legislative act in Congress, outgoing Georgia Rep. Cynthia McKinney announced a bill Friday to impeach President Bush.

The legislation has no chance of passing and serves as a symbolic parting shot not only at Bush but also at Democratic leaders.

Incoming House Speaker Nancy Pelosi, D-California, has made clear she will not entertain proposals to sanction Bush and has warned liberals of her party against making political hay of impeachment.

UNTIL THE VOTES ARE OFFICIALLY COUNTED...