HAPPY BIRTHDAY TO ME !!! 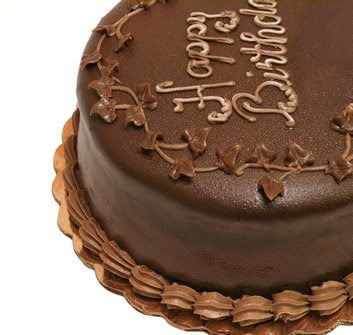 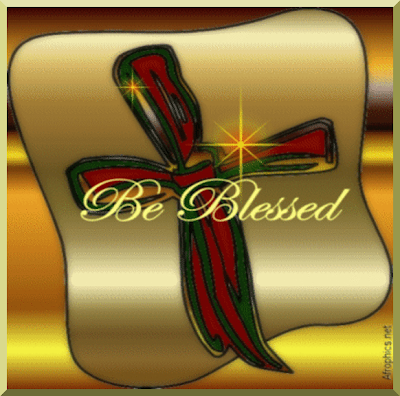 Am I blessed to see this day?
You better know it!

What more could I ask for on the day of my birth?

Nothing. But Continued Blessings from The Lord.
Peace, Tranquility and Compassion for Others.
Love and Freedom to the Unloved & Spiritually Imprisoned.

Those are the Desires of General Nikki X.

It's The Way The General lives her life.
One Day At A Time.
And Guess What Brothers & Sisters?....

"SLOW MOTION IS ALWAYS BETTER THAN NO MOTION!"

PEACE & BLESSINGS TO ALL THOSE OF A HUMBLED HEART!

AND A GREAT BIG HAPPY BIRTHDAY/ EARTH DAY TO ALL OF YOU WHO WERE BLESSED TO BE BORN IN THE GREAT MONTH OF AUGUST!!!.... 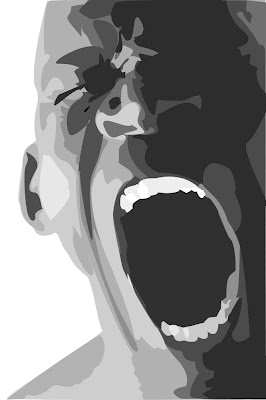 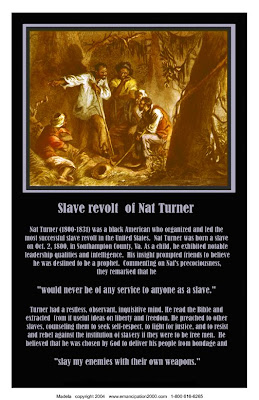 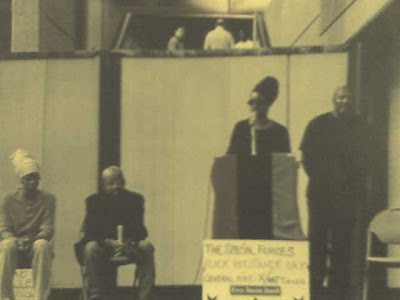 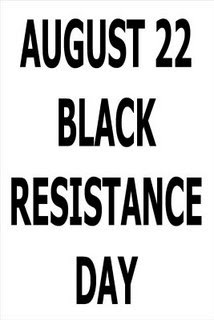 (The Following is a Re-Post From 2008 in Honor of Our Hero, The Great General Nat Turner)

Today is August 22nd 2008. We must never forget The Black Fist Organization (then called "The Black Special Forces") yearly salute to our dearly departed revolutionary soldier and beloved brother, Nat Turner. We honor this revolutionary soldier every year around the anniversary of his rebellion to bust out of American slavery. We called this great historically celebrated event on Cincinnati's Fountain Square, "BLACK RESISTANCE DAY!"

Black Resistance Day was founded in 2001 by the co-founders of this organization, Generals Kabaka Oba and Nikki X, assisted by the Great Major General Minister Abdul Muhammad Ali. Together the three of us put together 3 major Black Movement type rallies to celebrate, commemorate and elevate the conscienceness of the Black Man, the Black Woman and the precious Black Child!

Those 3 major events put together by the aforementioned above are in order of creation:
1. BLACK POWER DAY -- FOUNDED IN APRIL 2001 & ALWAYS CELEBRATED IN THE MONTH OF APRIL.
2. BLACK FREEDOM DAY -- FOUNDED IN JUNE 2001 & ALWAYS CELEBRATED IN THE MONTH OF JUNE.
3. BLACK RESISTANCE DAY -- FOUNDED IN AUGUST 2001 & ALWAYS CELEBRATED IN THE MONTH OF AUGUST.
(Historical Note: The first ever BLACK POWER DAY was held one day before the fatal shooting of an unarmed 19 year old black youth by the name of Timothy Thomas by (then) Cincinnati Police officer Steven Roach, a white man. That fatal shooting of yet another unarmed black man by police was the straw that broke the camels black back in this city. Alas! The 2001 RIOTS began!)

Make no mistake about it. Myself & a co-founder (Kabaka) were always so proud of these events. We'd advertise on local black talk radio and local white talk radio. We'd print up & distribute flyers in the black communities of Cincinnati. We'd physically getting out into the streets throughout the different black communities to let our people know about our events by word of mouth. There were long planning sessions back in those days between Kabaka & myself to make sure everything, I mean everything was just right. We believed that dear beloved Bro. Nat Turner should be celebrated for his great heroic act back on August 23, 1831 and be forever remembered for it. Back then in those long planning sessions, in agreement with The Major General Minister Abdul Muhammad Ali, Kabaka thought it would be great to celebrate Nat Turner's Rebellion and General Nikki X's Earth Day/Birthday at the same time. He called it "the celebration of two Black Militant Soldiers". I thought [publicly] celebrating Bro. Nat Turner Day/Black Resistance Day was enough for Fountain Square. However, Kabaka & Abdul insisted on it being "Nat & Nikki" celebrated together! And that was that. (Please note the writing on the sign in front of the podium I'm speaking at in the BLACK RESISTANCE DAY event picture above for validity)

The videotape of those events were incredible to see and hear. The lectures in celebration very powerful, and every guest speakers to grace our events on stage over the years, always a revolutionary treat! Today I still feel proud and honored to know that I along with another conceived and actually put something so powerfully educational and so Black Militantly driven together then boldly presented it right there in the heart of downtown on its Fountain Square for all to see! Black & White.

I will forever feel blessed & honored by the knowledge of being born on the same day Nat Turner stood up against his slave-holding oppressors and finally said, "NO MORE!!!" And in that same respect, I always felt it my duty to tell the truth in my lifetime whether people accepted it or not. There is a saying Kabaka & I coined and it goes like this, "The Truth Never Changes, Only The Audience!" That phrase still stands today!

There were only 3 Black Fist members EVER involved in the aforementioned events from their conception. And once again those 3 people were: General Nikki X, General Kabaka Oba and The Major General Minister Abdul Muhammad Ali.

--EXCEPT NO IMITATIONS OR REVISIONS OF BLACK SPECIAL FORCES/BLACK FIST HISTORY FROM:

--PRESENT DAY IMPOSTORS WHO WERE NEVER INVOLVED IN ANY WAY SHAPE FORM OR FASHION IN THE CONCEPTION AND PLANNING OF THESE NOW HISTORIC EVENTS. IMPOSTORS WHO ATTEMPT TO LIE AND REVISE BLACK FIST HISTORY FOR THEIR OWN SADISTIC PERSONAL GAIN, & ONLY AFTER KABAKA'S DEATH. I MIGHT ADD.

--OR FROM PRESENT DAY IMPOSTORS WHO WERE NEVER THERE AT ALL. ONLY NOW ATTEMPTING TO LIVE OFF OTHER PEOPLE'S CREDITS & ACCOMPLISHMENTS. IMPOSTORS WHO LIVE IN A WORLD OF DISTORTED FANTASY IN AN ATTEMPT TO FEEL A PART OF THINGS REVOLUTIONARY. TO MAKE THEMSELVES FEEL BIG & IMPORTANT.

--OR FROM A NASTY LITTLE STALKING SEXUAL PEDOPHILE PREDATOR TYPE MIDGET KNOWN ON THIS WEBSITE AS "LESTER/TERRY LEE THE HUMAN DUMMY".--
(see my 3 past blog entries from newest to oldest titled: The New "Willie Tyler & Lester" Show., "Stop Targeting Me & Pay Your Rent Punk!", and "For Tiny Terry Lee...The Clown Formerly Known As..." For further/refresher information)--

FRIDAY FLASHBACK TO THE PAST #44 ENJOY!