On this day 02/01/03, We called for a City Wide Moratorium on Police Brutality. 200 years of brutality from The Cincinnati Police/Watchmen/Slave Catchers is Enough!

We, the undersigned make this call for a "Moratorium on Police Brutality" because we are the defenders of The Black Nation, and we recognize that Police Brutality and The KKK are a threat to our Life, Liberty and Pursuit of Happiness.

[UPDATE: This moratorium was created by the founders of this organization (General Kabaka Oba and General Nikki X) on Januuary 29, 2003., and finalized and presented to the public on February 1, 2003. And first posted to this blog on July 24, 2005. This important document was read aloud to Cincinnati City Council, The Hamilton County Commissioners and on various local talk radio shows. This document is still very relevant today.

I re-posted it as a reminder to all of what The Black Fist stood for then and stands for today.

4 YEARS LATER: Alot has happened within this organization and within the black community as a whole since the two of us sat down one evening and drafted this most powerful document, but one thing remains the same: The Spirit, The Fire and The Committment to Justice for all black people. The one thing The Black Fist will always be at the forefront in doing our best to achieve.]

The Black Fist is a black militant organization dedicated to the salvation and liberation of the black nation. It always has been and IT ALWAYS WILL BE!

THANK YOU ALL FOR CONTINUING TO READING THE BLACK FIST BLOG! 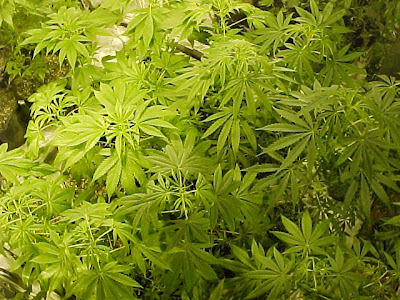 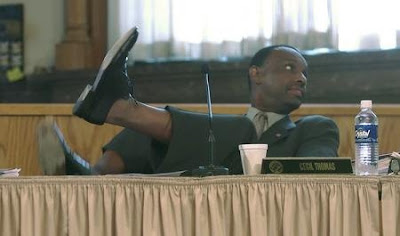 [SCROLL DOWN FOR UPDATE]

At 2:00 p.m today, you - Mr. and Mrs. Cincinnati Negro, can attend this farce of a meeting and voice your 2 mintue opinion for -or- against renewing this dumb ass ordinance.

I don't spliff, never have nor do I ever intend to. My opinion is, as long as an adult smokes their gunja in the privacy of their own home and not blantanly out on the streets, what's the big deal? There was already a law on the books in this city about this issue anyway, it was called a $100 fine.

Our concern today is why in the devil is Silly Cecil, Chairman of The Law and Public Safety Committee wasting time on some dumb ass weed ordinance when the crime and murder rate in this city is outrageous!!!

Is this the ONLY thing that concerns Silly Cecil at this moment in time in his sworn capacity as The Chairman of The Law and Safety Commitee?!? Cincinnati City Council cry about the jails being overcrowded, the three Hamilton County Commissioners with the exception of one along with the Hamilton County Sheriff could care less about what the voters in this county voted on i.e., NOT using tax-payers dollars to build a new jail. But NOOO Silly Cecil wants to waste the none existing jail space the powers that be are constantly cying about, and draft then attempt to renew an ordinance that swoops people up -PREDOMINATELY BLACK PEOPLE- and throw them in jail!

For a joint Silly Cecil?!? It just doesn't make any sense.

This City Council is one of the worst incompetent councils damn near in the history of Cincinnati City Council. From that whining idiot Leslie Ghiz to Silly Cecil Thomas to Mr. Bengals debacle himself Jeff Berding. I mean Give Me A Break!!!

Silly Cecil earn your keep by doing something about the out of control crime and murder problem we have in this city. Black men and women are dying everyday in this city and you sir, are screaming about WEED?!?

The November 2007 Cincinnati City Council elections can't come around soon enough for me....

UPDATE: According to news reports...

Cincinnati's stricter law for marijuana possession stays in effect.
The ordinance - which makes having even a small amount of pot punishable by a $250 fine and up to 30 days in jail - was set to expire this week.

But City council members renewed it this afternoon.

More than 20 people testified Tuesday and Wednesday in favor of letting the one-year ordinance die. They said it only contributed to the crowding at the Hamilton County jail and that police officers should be spending their time fighting serious crime.

But Police Chief Tom Streicher said the ordinance led officers to 62 guns between April 2006 and the beginnning of February.

Councilmen David Crowley and Jim Tarbell voted against the renewal.
Tarbell suggested putting another one-year cap on the ordinace, but that would have required Councilman Cecil Thomas, who put to ordinance forward, to allow an amendment.

Once again folks, thanks to Cincinnati City Councilman Silly Cecil Thomas -NOT (at least)- amending his dumb ass weed ordinance -- it has now found itself: RENEWED!

We've always said, "Cincinnati Police Chief Tom Streicher should be the Mayor of Cincinnati, he's ALWAYS given the orders to council and he's ALWAYS parted the part." 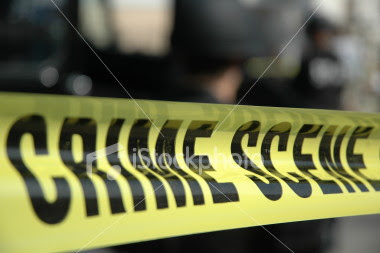 THE VIOLENCE IN THIS CITY IS OUTRAGEOUS!!!


According to news reports, a 17-year-old man was shot twice in the chest overnight during a fight outside a nightclub has died.

The sixth homicide in a week and the second in as many days, Cincinnati police said today.

Police were called to Parktowne Cafe at 1726 Linn Street in the West End around 12:43 a.m., and found the man lying on the ground, according to a police dispatcher. He was rushed to University Hospital for emergency surgery but died.

This is the 21st homicide so far this year.

This account of yet another murder in our streets is simply unacceptable! How long will our people resort to killing one another in the streets? Self-defense is one thing but what's going on today is senseless needless flat-out murder. 21 murders this year and it's only the 28th day of March?!? Another young man, only 17 years old is now gone for whatever reason we still don't know, perhaps in the days to come more details will surface.

The Black Fist Organization wish condolences to the family of yet another victim of the gun.
Posted by General Nikki X at 3/28/2007 06:21:00 AM 3 comments:

The Cincinnati Local Branch of The NAACP has a new president. Former Cincinnati City Councilman Christopher Smitherman defeated imcumbent President Edith Thrower.
According to news reports the vote came down 187 for Smitherman and 134 for Thrower. 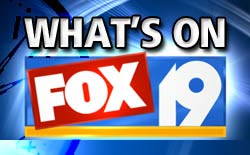